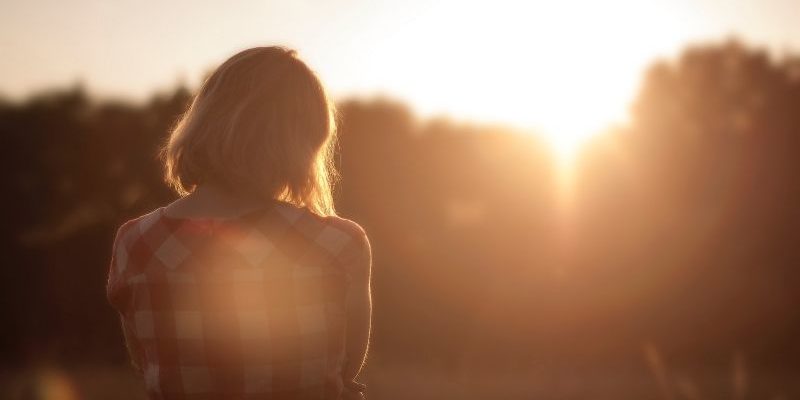 Male and female accents in the phenotype of borderline disorder

For a long time, Borderline Personality Disorder (BPD) was a typical female psychiatric illness (see Banzhaf 2011, 1). Recent studies show that BPD is distributed approximately equally in the general population in men and women. However, the diverse appearance of this disorder indicates that the “typical Borderliner” does not exist – therefore it is neither sensible nor serious to characterize a typical male or typical female Borderliner. Studies on gender differences are therefore rare. Nonetheless, there are indications of a different form of the disorder in males and females, mainly due to gender-differentiated early childhood bonding experiences, parenting styles, socio-cultural environmental influences and milieu induced acquired gender role models.

The general assumption that predominantly women are affected by the BPD is mainly due to the fact that female patients are generally more likely to seek outpatient or inpatient psychiatric help than men. By contrast, men with BPD are more likely to be found in forensic clinics or prisons. In these facilities, BPD is the second most frequent personality disorder diagnosis after antisocial personality disorder (see Banzhaf 2011).

According to previous studies on gender differences, it can be seen that women with BPD have significantly higher scores in the DSM-V criteria of the BPD “instability of self-image – identity disorder”, “affective instability” and “paranoid experience – dissociation” (Banzhaf 2011).

According to Kernberg, identity diffusion is considered the core criterion of the BPD (Schlüter-Müller 2015). Erikson describes identity as a sense of continuity within one’s self and in interaction with others (Schmeck, Schlüter-Müller 2009). Affected people lack the integration of the concept of oneself and significant others. They suffer from a lack of coherence (who am I in different situations?) as well as a loss of continuity over time (Schlüter-Müller 2015). In the therapeutic work, which takes a lot of time and patience, this area is the most essential and for patients the most challenging.

The dysfunctional affect regulation manifests in those affected as a high sensitivity to emotional stimuli. Their level of excitement is extremely high, which is why there is a high reactivity to already weak stimuli. The initial emotional level is only reached with a delay (Schlüter-Müller 2015). In everyday life, this means that sufferers quickly “go off” and – at least for relatives – for obviously trifling reasons. From this high emotional level, they have a difficult time to come back down. Frustration tolerance is low, it is also related to self-esteem, which may be gender-different, depending on culture, environmental experience, and education. The property of high sensitivity is to be considered in women especially.

Paranoid or dissociative symptoms may be temporarily induced by stress in people with BPD. It is difficult for those affected to build trust. At times, they distrust everyone. Especially in crises, it is usually impossible to get close to them. In dissociative states, they often feel like they are watching themselves in a movie from the perspective of a third party. They have no relation to themselves and their environment. Not infrequently, they seek to liberate themselves from these conditions through self-injury. Through the pain, they regain the connection to their body and thus to themselves (grenzwandler.org).

Male accents of the BPD

Borderliners often experience strong tantrums and have difficulty keeping them at bay. They feel inundated by the extreme and sudden feelings and often react impulsively and with unreasonable intensity in relation to the situation. In interpersonal relationships, violent conflicts and even violence occur (grenzwandler.org). Men often turn their grief into anger. Most women do not admit to anger and distinctly more often escape into self-devaluation (Banzhaf 2011) or depression.

The disturbance of impulse control manifests itself as an enduring behavior pattern of damaging oneself and other people. Usually there are habituated patterns of behaviour, which are used quickly and unreflectively in tense situations. These impulses are a maladaptive attempt to overcome negative emotional states. Stressors are not dealt with, but an impulse action is supposed to lead to a prompt relief of the effects of emotions (Herpertz and Saß 1997). Impulsive behaviors may be e.g. suicidal or self-injurious acts, bulimic eating / vomiting attacks (in men and women alike!), episodic alcohol and drug excesses, gambling, overspending, substance misuse, high-risk sexual behavior, reckless driving, etc.

In principle, all psychiatric disorders may additionally occur in BPD. Typically, there is often a change of symptoms: depressive phases, compulsive behavior, suicidality, self-harm, antisocial behavior, dissociation, etc. alternate (Dulz 2016). The high rate of comorbidities in BPD characterizes the individual development of the disorder and makes the distinction between male and female borderliners even more difficult (grenzwandler.org).

In everyday therapeutic experience, there are perceptible indications of a different form of the disorder in men and women. This is probably mainly due to gender-specific differences in early childhood attachment experiences between ambivalent bound and insecure bound, but also different educational styles between neglect and pampering, which has the same adverse effect intrapsychically. Furthermore, differences are revealed by socio-cultural influences on the environment and gender role patterns in the respective milieu: women tend to be more self-absorbed, men are more brutal and more violent than women. The frustration intolerance is lived out differently, women are rather powerless, depressed and / or autoaggressive, men are rather self-injurious, destructive, aggressive to the outside, at least more brutal and with less conscious emotion.

For each patient individually, male or female, it has to be made evident through phenomenological observation, whether gender-specific modes are shown in the respective female or male forms of expression, impulse control disorder, self-injurious behavior, regression and relationship dynamics. If so, it must be dealt with individually to suit the person. In existential analytic theory we see the BPD as a disturbance on the level of the self (3rd basic motivation). Thus, the focus of the therapeutic attitude is in particular to see the person in their uniqueness and individuality, to take them seriously and to meet them.

The therapist is required to deal with the gender-specific differences in the expression of borderline dynamics and the resulting dynamics in the transmission, in particular to the opposite-sex therapist. It requires an acceptance and endurance in the sense of the first basic motivation and an unalterable remaining in the relationship in the sense of the second basic motivation. This forms the basis for an encounter and personal handling of emerging dynamics for both patient and therapist, so that the therapy is not endangered and there is room for maturing at all levels.

The therapist is the central caregiver through which the borderline patient can experience and develop trust, support, relationship, and self-esteem.

Embedded in such a reliable, clearly defined and limiting, encountering therapeutic relationship, the generated gender-specific tension can be utilized for both the therapeutic process and everyday life.

From an existential analytic point of view, therefore, it is a matter of importance to phenomenologically consider the gender-specific and individually different ways in the expression of the BPD, concerning disorders of impulse control, self-damaging behavior, regressions as well as the dynamics of relationships and to work on the respective person and their life history. Enduring and dealing with contradictions is also the basis for utilizing the gender-specific tension for the therapeutic process and everyday life. 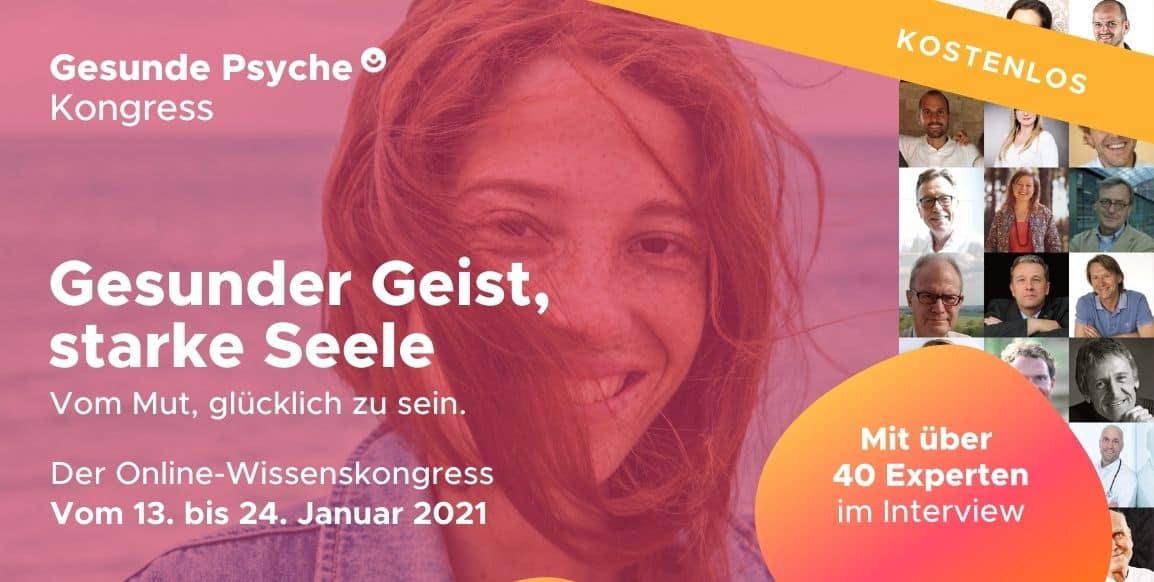 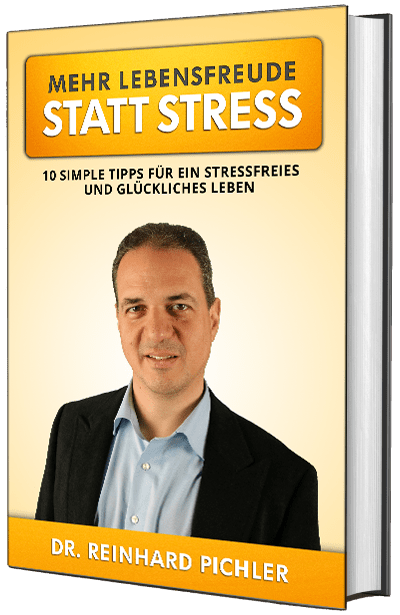